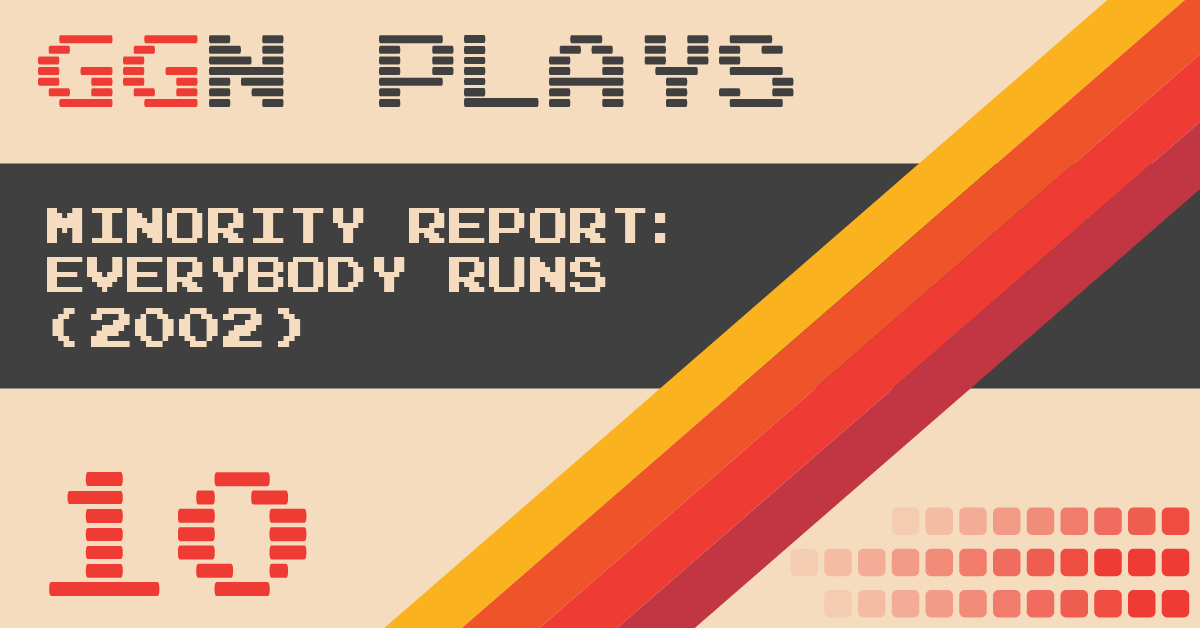 Posted at 17:30h in Episode by ggnight 0 Comments
0 Likes In a dystopian future of mechanical spiders and blatant ad placement, you are the Pre-Crime officer, John Anderton. You can stop any murder except…the one you’re going to commit? Only one way to find out, race to the crime scene with Bob, Steven, Tom, Frank and Chris. With a 5-minute film breakdown of the film Minority Report.

We probably talk about the film more than the game, but that probably says something about the game? Puke grenades and totally non-lethal bullets used on your colleagues you were chummy with 30 seconds ago. Let’s dive into a Phillip K. Dick universe.

Want to play it? Purchase here